Simple incremental changes that improve and organize your workspace make a huge impact and difference to those who work within it. The Stores team decided to 5S the front space of the Stores area.

Sort: Eliminate whatever is not needed by separating needed tools, parts, and instructions from unneeded materials.

Set in order: Organize whatever remains by neatly arranging and identifying parts and tools for ease of use.

Shine: Clean the work area by conducting a cleanup campaign.

Sustain: Make 5S a way of life by forming the habit of always following the first four S’s. 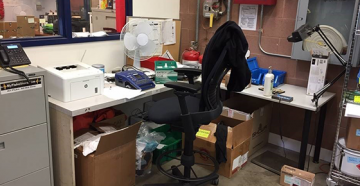 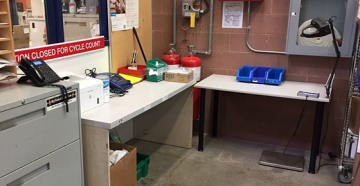